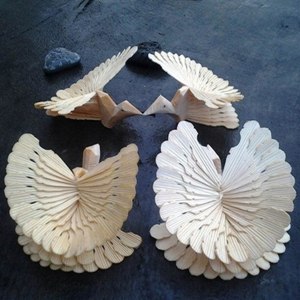 They are beautifully hand crafted Birds. Made from one piece of pine, the individual feathers are riven, using a sharp knife. Fan Birds  originated from Central Europe and were given as gifts to give Good Luck.

The Legend of the Fan Bird

During the Medieval Era, families lived in one-room log houses that were covered with clay inside and out. There was just one window covered with a dried animal stomach during the winter and small smoky stone fireplace.

One family in northern Russia lived in such a house with a young boy who was very ill. He lay on his bed where he was covered with furs. People came from neighbouring villages to try to help him regain his health, but all efforts were in vain.

It was the end of winter, and his father was sitting by the fireplace making baskets. Tired of lying in a stuffy house, the ill boy asked, “Dad, is summer coming soon?”

His father replied, “Soon, son, very soon. Just a little more and summer will be here.”

Then his father got an idea. He thought, “I will make a bird from this piece of wood. I will make it to look like a real bird with two wings and a tail. Maybe my son will think summer has come and the birds have returned. That would make him very happy.”

The father said, “I will make summer for you.”

He made the bird and hung it from the ceiling near the fireplace where his son could see it. The draft of the hot air streams from the fire caused the bird to spin. Its wings began to move and suddenly it became known as the “Holy Ghost,” safe keeper of children and symbol of family happiness.

The son was filled with joy and his health improved. The people from the neighbouring villages returned to ask how the boy was healed. When they heard the story about the bird, they asked the father to make bird for their home to safeguard and protect their family. 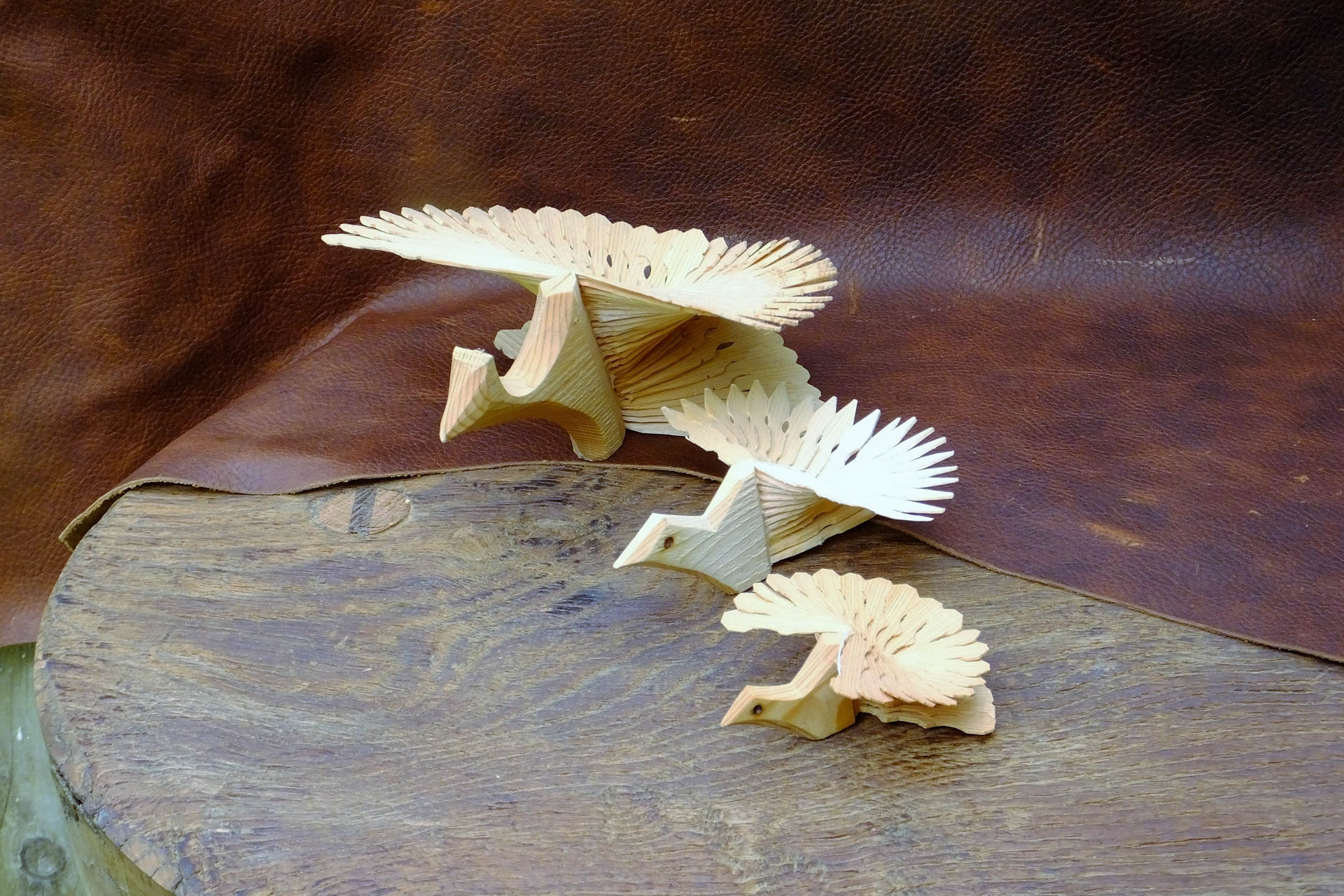 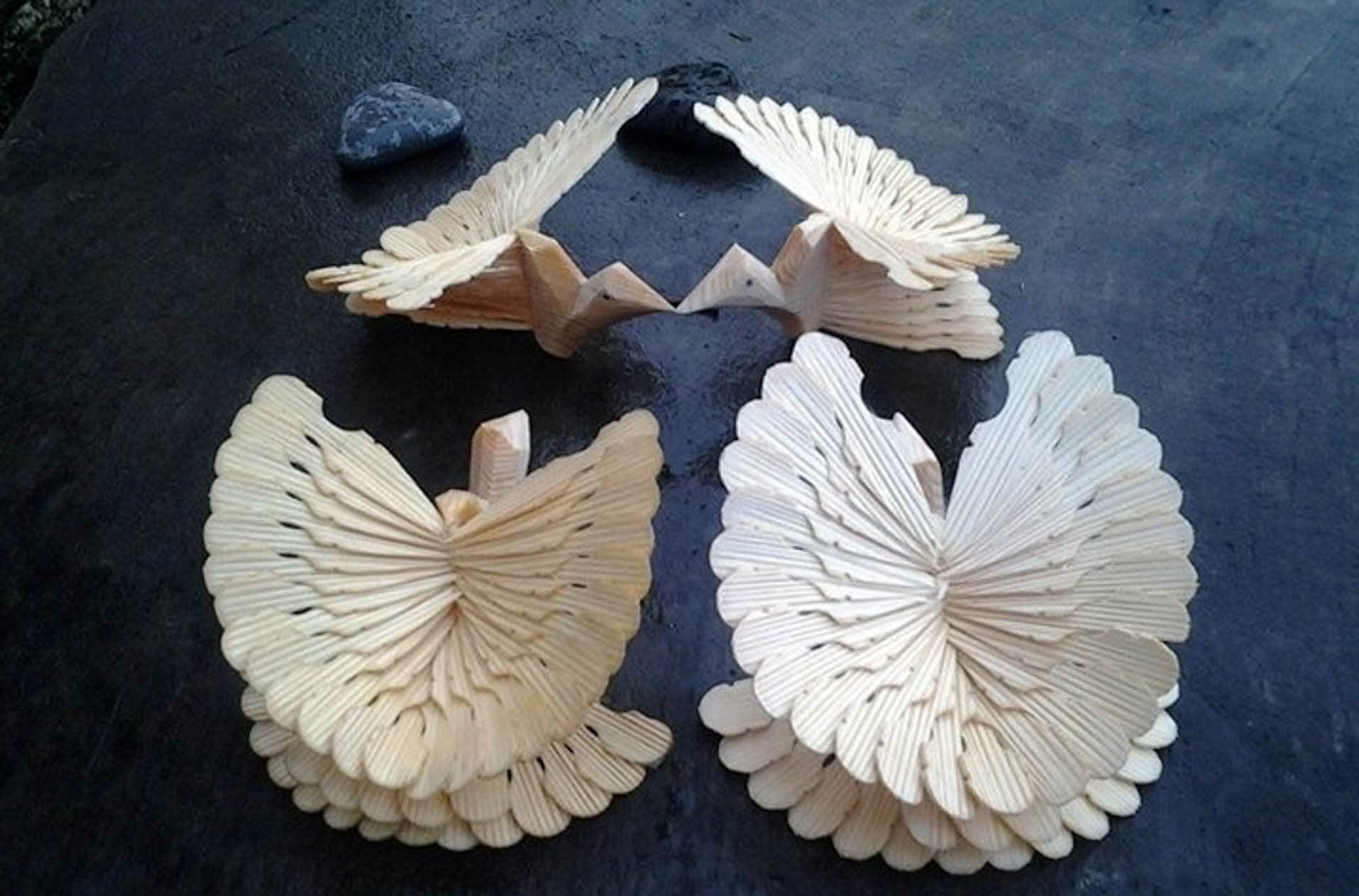 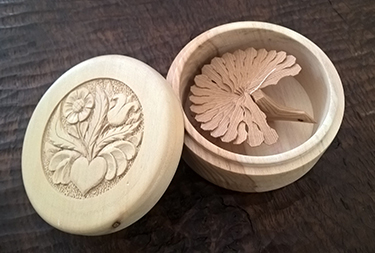